iOS 10.2 is finally released, and so made it before Christmas. Apple has worked hard on this update to get it out, but we do worry that too much emphasis has been put on the TV app and Emojis rather than security patches, which should always be the biggest thing. A growing number of people said that if Apple were to put as much effort into key areas of iOS than they do silly Emojis, then they would start to have far more faith in them.

The thing is, the iOS 10.2 update includes several other features, such as additional camera features, new Messages screen effects and so much more, yet all Apple seems to care about are Emojis. The irony here is that it tends to take you longer to scroll though to find the correct Emoji rather than just typing out the message you wish to convey. 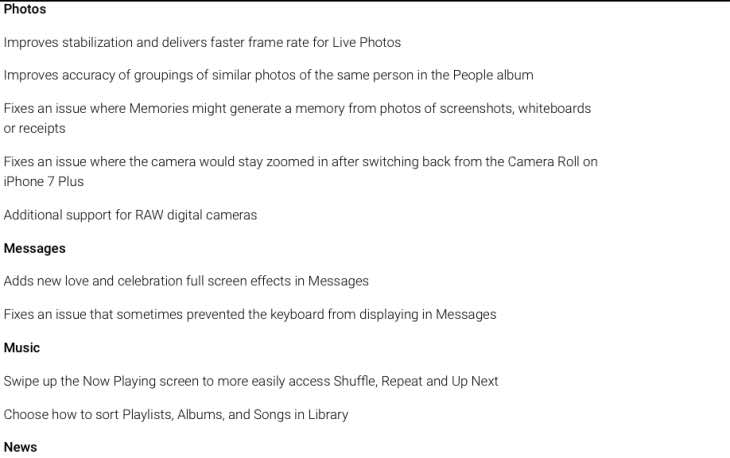 We are now giving iOS 10.2 a try on our iPhone 7 as we speak, but what we really wanted to know was whether this rectified the issue with later iPhone 6s models shutting down that was not part of the replacement program. Apple had promised that this update would fix this issue, and so we would like to hear from your 6s owners to see if it did the trick or not?

In terms of just what iOS 10.2 does bring, you can see the release notes here, although we do not see a fix fir the issue where the camera is out of focus. Yes, this is still an issue that keeps happening, and requires the user to switch to a different camera mode, and then back to standard photo for the camera to come into focus.

So what improvements have you found with this latest update?