We have another budget tablet recommendation for you now, with retailers battling it out to give you the best possible price during the frantic Holiday shopping season in the USA.

Insignia are becoming very popular for their affordable tablets and their latest model is new for 2017 and comes with some surprising functionality given the costs involved. 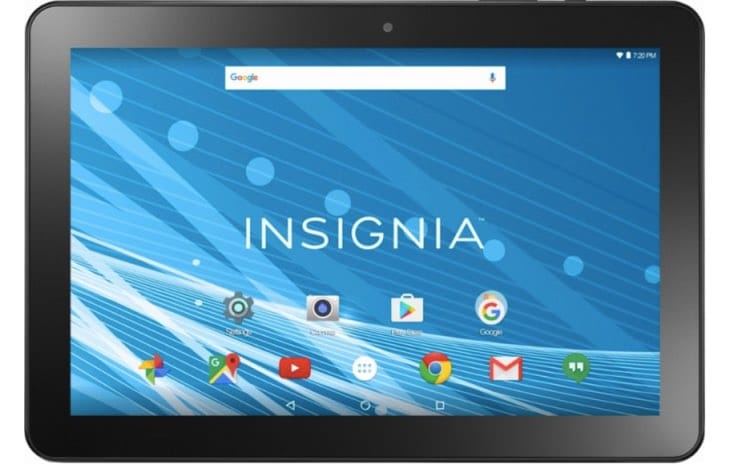 Insignia 10.1″ NS-P10A8100 tablet specs include 32GB of internal storage, quad-core processor, MicroSD card slot to increase memory further, a 10.1-inch 720p HD display with 1280 x 800 resolution, WiFi, Bluetooth, MicroUSB port, front and rear cameras which are 2MP quality each and Android 7.0 Nougat as its operating system out of the box.

As you can see, the specs are nowhere near high-end, but for $70 you shouldn’t really expect too much. It will perform basic tasks without issue, but you won’t want to multitask too much, as you may run into performance issues with only 1GB of RAM on board. 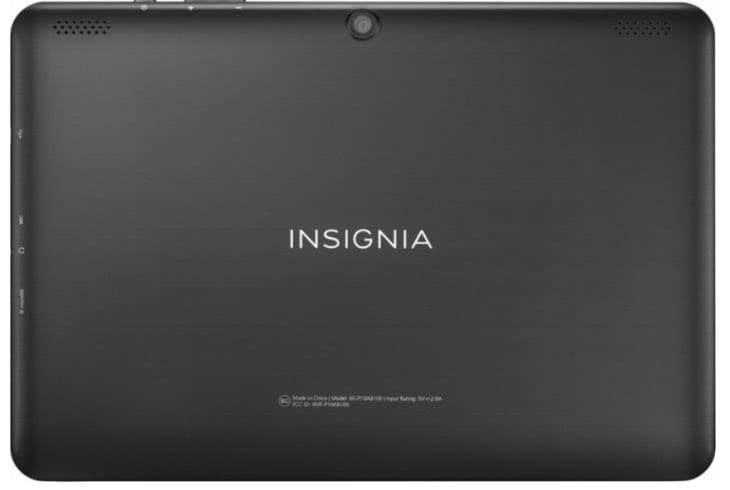 The 1GB RAM limitation has also been highlighted in the Insignia NS-P10A8100 tablet reviews over at Best Buy, so we highly recommend that you read through them first before deciding whether to purchase.

If you are just buying this with view to giving to your children to use as their first tablet, it’s a great choice. Those who are looking for fast performance though with the latest specs may want to put that $60 towards something better on the market.

Have you bought a tablet from Insignia before? Give us your thoughts on the brand below.