Apple fans were left a little upset over a possible iPhone delay, so thought it would be the perfect opportunity for an insight into a late iPhone release. There could be a number of reasons, one being a possible carrier conspiracy. We know things like this are a little far-fetched — but you never know what goes on behind closed doors.

Beatweek has taken a look at the big four U.S. carriers to see if they have been conspiring to delay the release of the fifth-generation iPhone to benefit themselves. We in no way believe that this is the case, but we always love a good what if. First up is Verizon; they would have the most to lose if Apple were to launch the iPhone 5 or 4S because their customers have only had the current version for 6 months. These customers will upgrade to the newer model, but not in June — now September would be a possibility.

AT&T needs time for the T-Mobile merger to take place, so a later release would give them the chance to offer a T-Mobile version of the iPhone. There have been suggestions that both AT&T and Verizon would want time to build their 4G LTE technology; well they will, as a full 4G iPhone is not likely to hit until 2012 at the earliest. 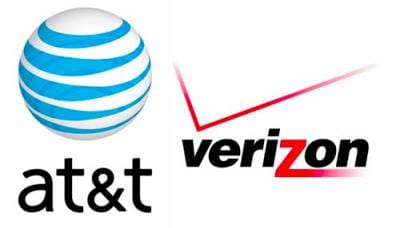 Sprint is another, they will not want to have the iPhone until Apple makes it a fully-fledged 4G handset, and again this relates to what we said above. So there you have it, there could still be a small chance that a 4G iPhone 5 could be released this year, but will be much later into the year.

Why do you think the iPhone 5 will be released later this year?