With just over an hour to go before Steve Jobs takes to the stage we thought that an insight into Apple’s vision for their WWDC 2011 keynote was needed. They have a number of products and services on the market, along with new ones being announced today, but how do they fit into their market plan? Some make more sense than others, so which stands out for you?

The first two are the most obvious, and that is iOS 5 and Mac OS X Lion. Now we are almost 100 percent certain that Apple will be talking about these operating systems, as they are due for a radical change, which we previously discussed. They need something different if they still want to stay ahead of the game, and iCloud will surely play a major part.

FaceTime is another, it is not used as much as Apple would like, as they would like it to become an industry standard. Really cannot see this happening, as similar services have been out for much longer. Today we could witness the slow death of MobileMe, as we know that iCloud will slowly take over this service. 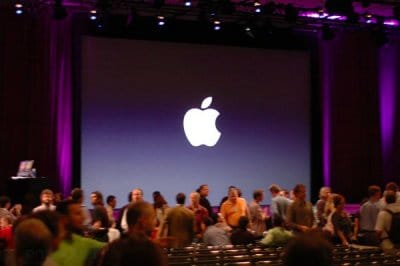 AirPort devices could be refreshed today; well Apple needs to offer some new hardware today. Although this will be a bit of an anticlimax, as we all still hope that Apple will announce a new iPhone or even a MacBook Air refresh. We cannot say for certain where Apple is heading in 2011 and onwards, but we know that it will be more Cloud based — something that Steve Jobs envisaged many years ago.

What do you think Apple’s plans are for the future?