While most Smartphone’s these days have some sort of social media integration, none would have the features that sites like Facebook would like. If phones were to reach their full social media potential, it would take a closer relationship between site and hardware, and this is something Facebook has known for a while.

We have heard rumors of Facebook phones for many months, and the recent news of INQ’s Cloud Touch and Q Android phones confirmed what we already knew, but will this close relationship with Facebook – during the devices build – create a better social phone?

The INQ Cloud Touch also features Triband HSPA, proximity and ambient light sensors, a compass and accelerometer, FM Radio, GPS, Bluetooth, and 802.11b/g WiFi. So it looks like the hardware is enough for those that want an all-round device, but does the software back this up? 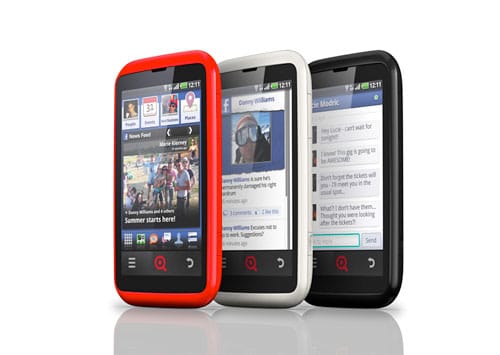 INQ Mobile has included the popular Android Froyo 2.2 operating system, and improved on this with extra Facebook integration. The standard software features include quick access to key functions with fast unlock and key handset functions are also accessed by the Info Key. You will find free push email, IM from Facebook chat, Google Talk, and WLM.

If you’re a regular user of Facebook, and the hardware in these new INQ Mobile phones is good enough for you, then you will love the Facebook features. Thanks to the Facebook collaboration, you will find all new apps for Facebook on both the INQ Cloud Q and INQ Cloud Touch.

Forget the status updates in a boring text based format; think about a visual homescreen that features a rich media feed. This feed will show you web pages, videos, pictures, and more via your friends’ updates. You can get access to Notifications, the Wall, Messages, Friends, and Facebook Chat in a single click.

Expect the INQ Cloud Touch release date to be some time in April, and for the UK first. You can read the official press announcement over at inqmobile.com.