We have some exciting news now for all you social networking fans out there that are currently thinking of buying a new phone, as INQ has just announced two brand new Android-based devices — one being the INQ Cloud Touch and the other being the INQ Cloud Q.

As Eric M. Zeman over on the phonescoop.com website recently reported, both devices share most of the same specs, which include a 600MHz Qualcomm 7227 processor, Bluetooth and Wi-Fi connectivity, GPS, FM Radio and a 5-megapixel camera with autofocus.

However, while the Cloud Touch — which you can see a video of via the YouTube link here —features a 3.5-inch HVGA display, the Cloud Q comes with a 2.6-inch screen and a slide-out QWERTY keyboard. Both phones do however come with deep Facebook integration. 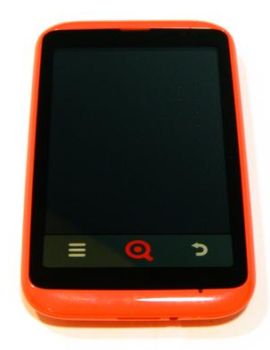 The only possible downside to the Cloud Touch phone according to Gareth Beavis over at techradar.com is the fact that it only comes with 4MB of internal memory. Then again, that can possibly be expected considering the device is going to be aimed at the lower-end of the market.

What is great about the INQ Cloud Touch however is the Facebook integration, which includes a chance to choose your five top friends to follow using Facebook’s social graph API and a customizable widget. Facebook Events will be fully integrated with the Google Calendar as well.

You can read more about the Cloud Touch via the techradar.com website. Do you like the sound of either of these devices?