The next big game to arrive on Microsoft’s growing Xbox Game Pass service may have been revealed early as Injustice 2. This is a game that has been in high demand for the popular Game Pass subscription model and now fans may be getting their wish.

Microsoft is now listing Game Pass over at their Injustice 2 page, leading some to speculate that this will be one of the planned GamesCom announcements by the Inside Xbox team.

On top of that, another screenshot in Spanish has been discovered and shows Injustice 2 listed under offers in the Game Pass section of the Xbox Marketplace. 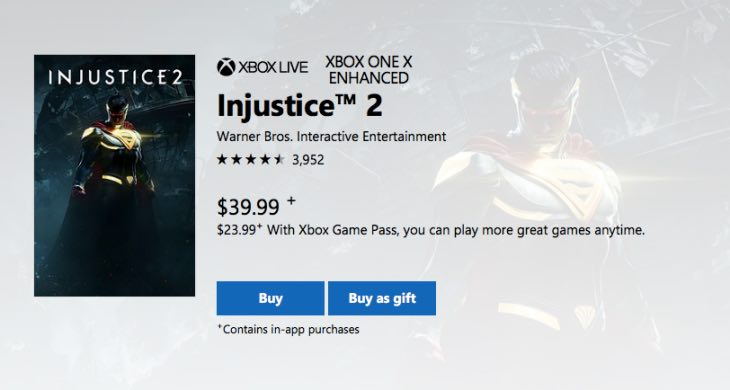 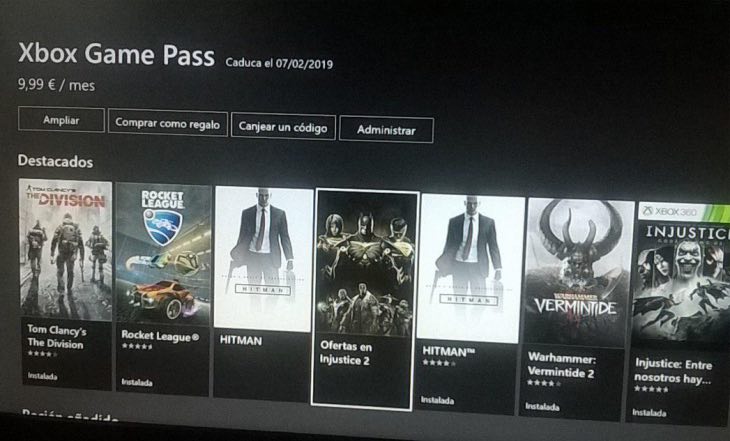 We have seen some of the feedback so far from gamers who would love to see Injustice 2 added to the growing collection and that Injustice 2 along with Xbox One X Enhanced support would really make Game Pass stand out on top ahead of recent PS Plus offerings.

Would you love to see Injustice 2 added? Look out for the confirmation from Microsoft soon.