The inevitable leaks before E3 2016 are happening all over the place and now it looks we have confirmation of Injustice 2 coming to PS4 and Xbox One next year.

That’s because an Injustice 2 poster has leaked all over the internet this week along with the caption “Every battle defines you”.

In the poster we see Batman squaring off against The Flash and you can see a copy of it below – said to be offered to customers at GameStop who pre-order a copy of the game whilst stocks last. 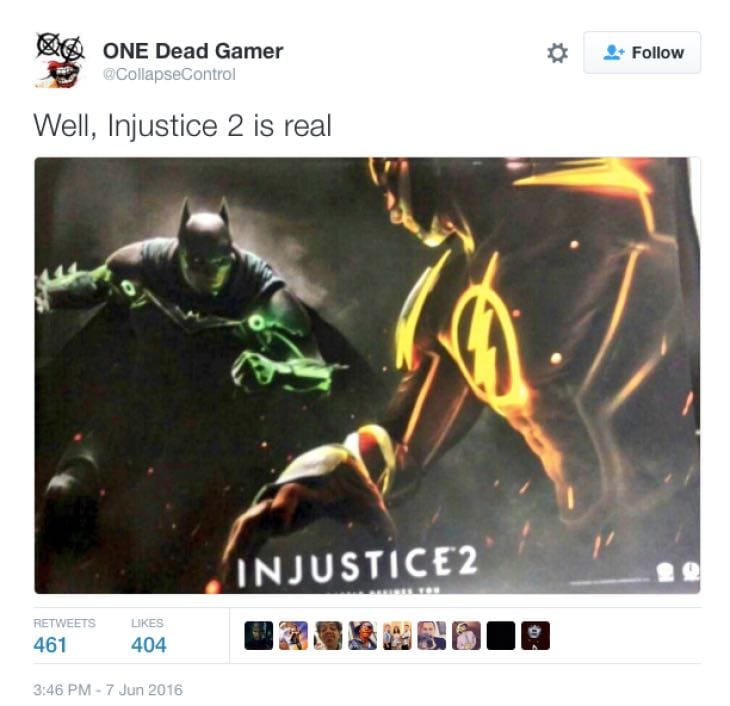 Meanwhile, it looks like Ed Boon at NetherRealm Studios has fully accepted that the game is now public knowledge and the surprise factor at E3 has now been spoiled.

Instead, he’s playing along with the excitement on Twitter by saying things like how to remove a trending topic on the site after Injustice 2 was trending globally recently.

With that said, it’s safe to say that an official reveal at E3 2016 is locked in place. We want you to tell us what Injustice 2 characters you want to see this time and let’s build up a list from the community below.

We have a feeling that Suicide Squad versions of DC characters based on the upcoming movie will be coming to Injustice 2 so that’s something to look forward to as a bonus.