I have to say I’m quite impressed with some of the apps that have been released onto the Apple App Store over the past few days. Yesterday for example I brought you news of two new apps that are now available to download — one being DJ Music Mixer and the other being Star Wars Imperial Academy.

We now have news of another app that has just arrived, one that has been receiving positive reviews. The app I am talking about is Epic Games’ Infinity Blade, which was given a very impressive rating of 9.0 out of 10 by Hilary Goldstein over at uk.wireless.ign.com. 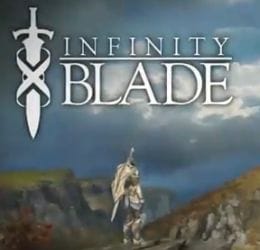 Another article I came across that praises the Infinity Blade app is from Roberto over at padgadget.com. According to this report, Infinity Blade takes handheld gaming to a completely new level. The graphics are described as the best they’ve seen so far, and the interface is said to fit nicely with iOS devices.

If you want to know more about the Infinity Blade app, which costs $5.99, then you may like to head on over to the itunes.apple.com website. Do you think you’ll be purchasing this new app?