We seem to be covering more and more auto recalls of late; so it comes as no surprise that there could be yet another planned. The NHTSA is reported to be looking into two cases involving the Infiniti QX4 and Nissan Pathfinder SUV — although they are technically to do with the same issue — as they have an issue with corrosion. The Ford Windstar Minivan has also recently suffered from a corrosion issue, which you can read more about in our recent article.

The models affected by this issue are the Infiniti QX4 1997 to 2003 models and the Nissan Pathfinder 1996 to 2004. The corrosion affects the front strut tower on the driver’s side, but we would like to stress that this is only in some cases. Autoblog learned from the National Highway Traffic Safety Administration that there have been 38 reports of this issue.

The report also states that 18 vehicles suffered from a problem with their steering because of the corrosion, which could be very worrying for those who currently have one of the suspected faulty vehicles. What we find more worrying though is how five of these affected cases lost their steering altogether due to the “shaft” or “column” breaking. 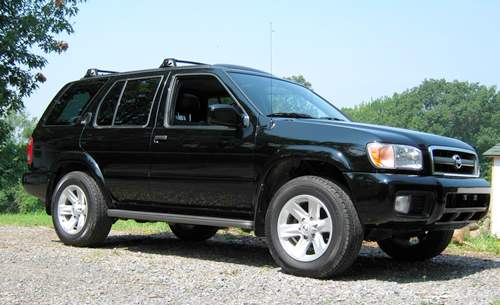 The Detroit News adds that Nissan is not aware of injuries that might have been a result of this problem, but we are certain that they are now keeping a watchful eye and carrying out tests of their own. The investigation that started yesterday first came to light last month — so we can expect to here a decision on a recall call sooner rather than later.