We have hours to go until the highly anticipated Infinite Warfare Sabotage DLC 1 release time for PS4, the first pack which releases first exclusively on Sony’s platform.

For those that need a heads-up, we can let you know exactly what time Sabotage is out in the UK and US on Eastern and Pacific time zones.

Usually, 12am Pacific Time is a good indication to start looking for the new map pack in the PS Store but thanks to the Sabotage DLC 1 download being available early for pre-load it has revealed what time the content will be unlocked for everyone. 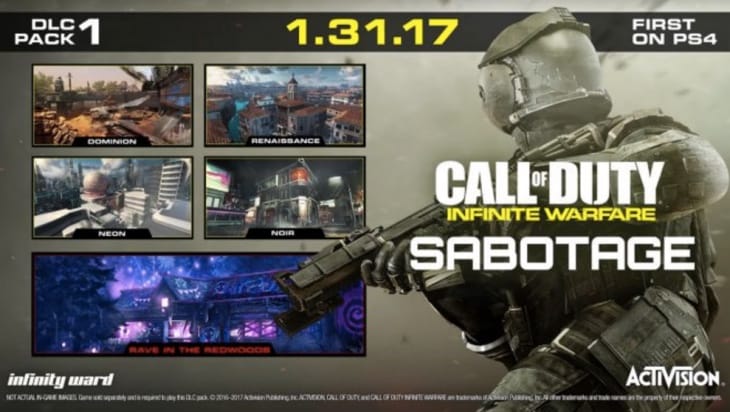 Based on this the times are as follows: 9pm Pacific Time, 12am Eastern Time, 5am UK time, 6am elsewhere in Europe.

That means those on Pacific Time should get the new content before eveyrone else which is a lovely luxury to have. Reminder of the new maps coming, as these are Renaissance, Dominion, Neon and Noir as mulitplayer maps, Rave in the Redwoods as the new Zombies map.

There we have it, if the times change above we will update this as soon as possible. Leave a comment below if you need another release time in a specific country.