We have just told you about details on the Battlefield 1 beta, but now it is time to look at what Activision’s plans are with regards to the highly anticipated Call of Duty Infinite Warfare beta release date.

So far, there has not been an official announcement on whether there will be a beta for Infinite Warfare. However, some evidence has popped up to suggest that there will be in due course.

Take a look at the image below thanks to Charlie Intel, which shows that Target pre-orders as well as GameStop are coming with codes which can be redeemed at a future date on the Call of Duty website. 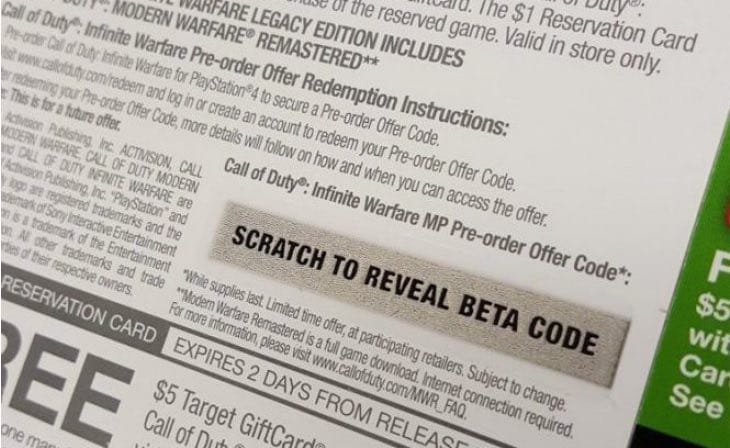 It’s somewhat strange that Activision hasn’t made a big mention of this with all pre-order codes and we’re not sure if all Infinite Warfare pre-order come with the same code in the UK.

So the obvious question is: Did you receive a code with your Infinite Warfare pre-order or not? We presume it’s for the multiplayer beta, but we’ll keep you updated when Activision announce more details – this could be coming at E3 2016.