It’s a massive day in the gaming world today with lots of exciting things happening. One of them is the Infinite Warfare live stream on October 20 and we have a reminder of start times and where you can watch it.

We don’t have long to go and during the event, we’ll get our first taste of Terminal map gameplay for Infinite Warfare – one of the maps that is a pre-order bonus and a fan favorite as a remake from MW2.

Without further ado, Infinity Ward’s live stream starts today at 11am Pacific Time. That means 2PM Eastern Time and 7PM for those watching in the UK. 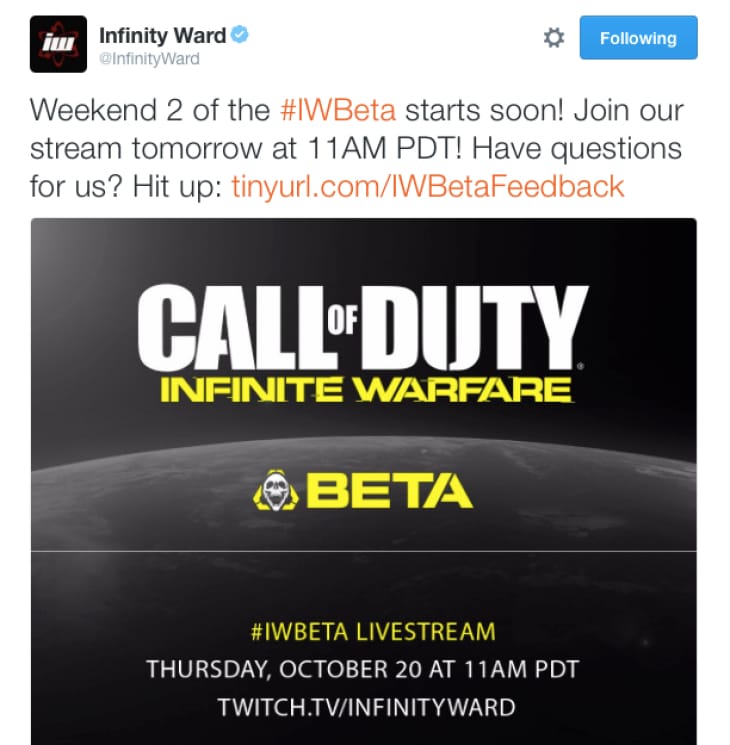 During the stream you’ll see plenty of gameplay plus insight from the developers which you don’t want to miss in case they offer up some expert gameplay tips before the Weekend 2 beta kicks off.

Will you be tuning in today? Let us know your thoughts of Infinite Warfare if you already played the first beta session and watch the Infinite Warfare stream directly below on Twitch at the times above!