If you are not aware, you need to first have an Infinite Warfare beta code on PS4 which you would have received from your retailer by pre-ordering the game.

Once you have your code, you then need to go to this website to redeem your Infinite Warfare beta code which Activision will give you to input on the PSN store under the redeem code section.

This means you have a full day to download the game to your PS4 console and ensure that you are ready to go the minute Activision turn on the multiplayer servers on Friday. 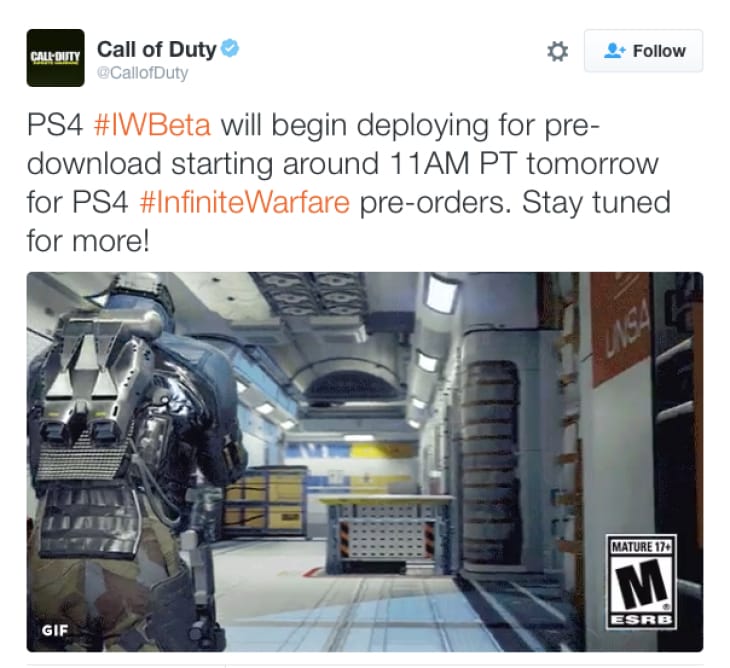 We expect the Infinite Warfare beta file size to be 19GB so expect a massive download. Let us know if you are waiting to preload and when you are download to give everyone a heads-up!