Infinite Warfare is the brand new Call of Duty game from Infinity Ward and after the beta launch we can see that the developers are continuing to update Infinite Warfare gradually with new fixes and gameplay improvements.

This is the page where we’ll track all new Call of Duty Infinite Warfare updates on PS4 and Xbox One – next up should be the IW 1.17 patch, so you can always keep checking back to see if there has been a new IW update today on PS4 or Xbox One and to check feedback with other players. 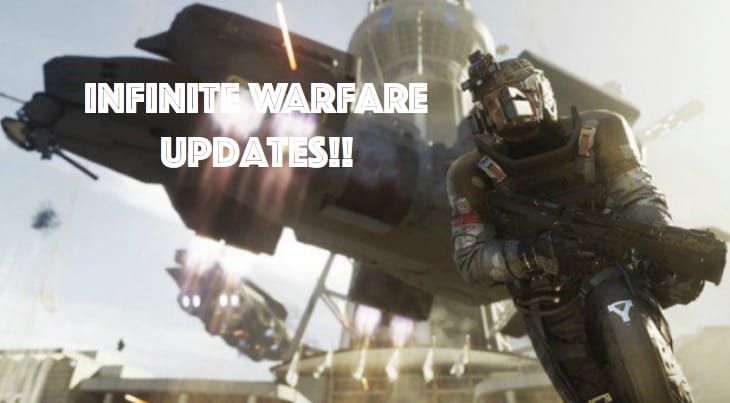 We’ll post the Infinite Warfare 1.17 patch notes for PS4 and Xbox One as soon as they are available via Activision support so tell us what new features and improvements the game needs. Also let us know if your game version suddenly jumps from IW 1.16 to 1.18 which we’ve seen COD developers do in the past.

Let us know what you need to personally see in the next COD IW update while we wait for the developers to offer an official list.