If you really enjoyed playing the 2009 open world video game InFamous, you are probably looking forward to the release of its sequel, InFamous 2. Back in June we brought you a trailer for the upcoming title, and now we have a preview that describes it as the best game on the PS3 since Uncharted 2.

According to a recent article by PSM3 staff over at computerandvideogames.com, a few changes have been made for the InFamous 2 game. For example, Sucker Punch — the game’s developer — felt that the melee combat was too weak in the original, so Cole MacGrath now carries a glowing rod called the Amp.

It appears that the game’s hero has been given a few new abilities as well including a kinetic pulse, which allows him to pick up and throw even larger objects such as cars. There has been speculation about Cole having ice powers, but that doesn’t appear to be the case. 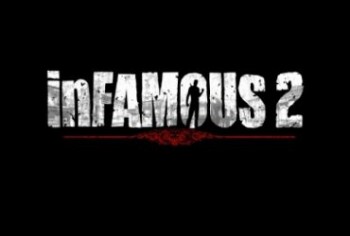 Cole MacGrath’s unfunny sidekick Zeke is back for InFamous 2, which is set in the city of New Marais. The karma system has received a few tweaks as well in the sequel, meaning players will be able to see the consequences of their bad/good actions more clearly now.

This preview claims InFamous 2 to be a definite step us from the original game and although some of the less-refined plot devices have remained in the sequel, the gameplay is most certainly showing promise. Will you be buying this game when it arrives in store?