We may not have any news on a confirmed launch window for the upcoming InFamous 2 game as of yet, but it looks like the guys over at Sucker Punch Productions have decided to provide fans with a little more information on the game’s duality/morality system.

In the InFamous 2 game, the player’s conscience comes into play with the introduction of Nix and Kuo, which according to Lorenzo Winfrey over at zoknowsgaming.com are two NPCs that will either lead Cole McGrath down a road to darkness or a path to light.

Nix is described as the player’s hedonistic guide, who will coax Cole into doing things without thinking of the consequences. Meanwhile, Kuo is a NSA agent who is working to help McGrath defeat the beast. Players will be faced with several decision points throughout the game. 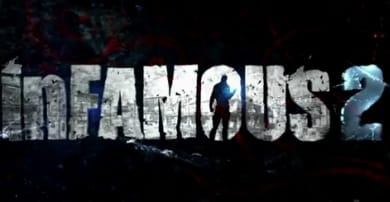 This is when Cole will have to decide whether to listen to Kuo or follow Nix and ignore the consequences. The choices that players make will directly affect the gameplay. You can view a new trailer for the InFamous 2 game via the zoknowsgaming.com website.

According to Shui Ta over on the examiner.com website, the developer has also updated the game’s official website recently. The update includes more details on the game itself, character profiles, IM icons and information about a few of the revealed locales.

What do you think about the game’s duality/morality system?