The current 13-inch MacBook Air offers up to 12 hours of battery life before it would need to be recharged. Which means this will be more than enough for those that use their Apple notebook to and from work, and even during the working hours as well.

However, as always, when you start to use more demanding programs that are more graphic intensive, then the battery life will be significantly reduced. It’s for this reason why a new model is desired very soon to take full advantage of the Skylake benefits.

Increasing the MacBook Air battery life in 2016 is going to be even more important, especially if people will want to watch improved video footage with the rumored Retina display. That’s right, the current Air does not have the retina screen, something that is very much desired by owners that are waiting to upgrade. 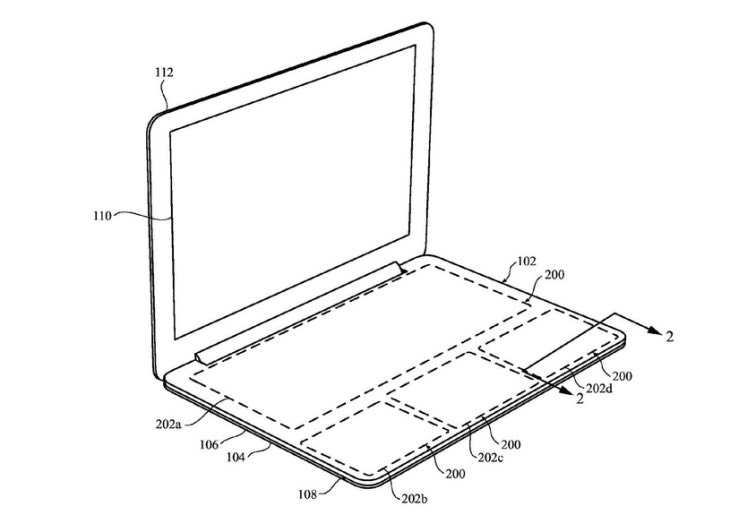 It’s not known how much more battery life Apple will be able to squeeze out of the Macbook because of the limited size of the battery that can be used, and the fact standard battery technology is not advancing at the rate it once was.

However, most people will tell you that Skylake offers around an extra hour in video playback alone, so it’s a good bet that we could see a MacBook Air battery life around 13 hours, although this figure could be more or less.

Apple will have to find the perfect balance because Skylake will certainly help to increase battery life, as well even greater capacity, although many Pro owners will tell you that Retina actually reduces battery life rather than improve it, and so it’s going to be very hard to tell.

In other MacBook Air news, the next model could come with a touchscreen keyboard, the image of which you can see above. However, this is only based on a patent, and we know how unreliable those things can be.