The hunt for Apple CarPlay cars was an interesting one because while support is very limited at this time, the list of car manufacturers ready to offer support will increase over the coming months. However, CarPlay aftermarket support is also very important, and now Alpine has come to join the party.

Even though Pioneer had said they will bring aftermarket devices that support CarPlay, it would seem that Alpine will beat them to market, seeing as though the former has now pulled out. This standalone aftermarket head unit will be released in the US and UK later this year, with a price guide of $500-$700, which to us seems like a huge amount of money to pay.

It’s a shame that Alpine is currently the only aftermarket head unit suppler to commit to CarPlay support, although the likes of Kenwood has shown an interest, but have yet to make fully commit to the idea. 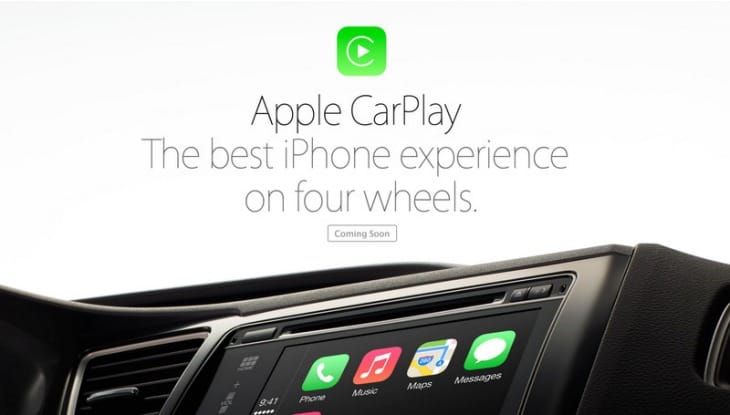 The thought of Clarion joining the CarPlay support train brought back a few memories, as these were the speakers of choice when I used to cut holes in my door cards when younger. Again, this is just rumors, and there have not been any official announcement of an impending release.

Giving a driver the ability to see what is on his iPhone screen is one that feels iPhone users with excitement, but the thought of having to purchase a new vehicle in order to benefit is not a popular one. It is for this very reason why aftermarket CarPlay support is so important, but with a limited list we can only hope that other companies like Alpine follow suit shortly.