There is no denying the fact that the Audi R8 has proved very popular with car lovers because it gives you a taste of supercar looks and speeds, but without the huge price tag. Okay, so we know the R8 is still out of reach of most of us, but it’s not going to cost as much as a Ferrari or McLaren.

We understand that some of you are concerned about how much fuel these vehicles consume, and so were happy to learn of the Audi R8 e-tron battery-powered version, although was equally sad when its development was canceled.

One of the main reasons why the project was canceled was due to its range because 134 miles wasn’t all that promising. However, with the Audi R8 e-tron range now increased to 279 miles the vehicle has now become viable to enter production. 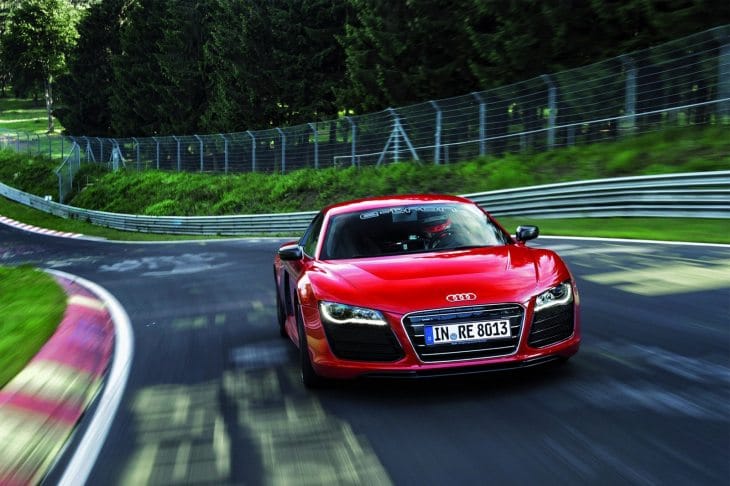 Autocar reports that the increase in range comes down to several factors, one of which is improvements in battery technology, and the other in how those batteries have been packed within the R8.

Audi has yet to advise us as to the Audi R8 e-tron release date, but we can tell you that they will not be mass produced and so will be made to order — much like the McLaren MP4-12C, which will soon be discontinued.

The Audi R8 e-tron price is also unknown to us at this time, although early figures suggested a price of £850,000, which just seems ludicrous because you can pick up a McLaren P1, Ferrari LaFerrari or Porsche 918 Spyder for around the same sort of money.