If you’re a bit of a movie fan that just happens to own an Apple iOS device, I think we may have some information that could well be of interest to you. Warner Bros has just announced the release of special “App Editions” of two of its feature films, Inception and The Dark Knight.

According to a recent article by Eric Slivka over on the macrumors.com website, the new program offers the apps as a free download, with access to the full movies and extra features via an in-app purchase. Both “App Editions” are now available to download via the Apple App Store.

The free applications provide users with the first five minutes of both movies, although they can then choose to either download or stream the entire film via the in-app purchase option. This option will also unlock all the bonus content that is featured within the App Edition. 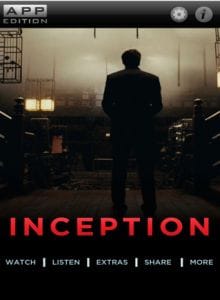 Warner Brothers also notes that the new App Editions are a way of offering the movies to iOS device owners that live in countries where Apple’s iTunes Movie Store is currently not on offer. The universal apps are compatible with the Apple iPhone, iPad and iPad Touch. 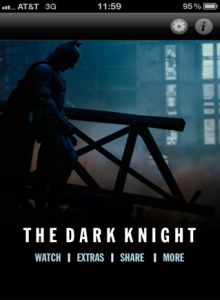 As noted on the itunes.apple.com link here, the Inception App Edition — which is currently available for an in-app purchase price of $11.99 — comes with added features such as concept art, exclusive music (including tracks that have never been released before) and movie posters.

Meanwhile, The Dark Knight App Edition — which is available for an in-app purchase price of $9.99 — comes with added features such as a soundboard and ringtones, video trivia and an art gallery. Both apps also enable users to interact via social networking sites such as Facebook and Twitter.