If any of you went to see this summer’s blockbuster sci-fi movie ‘Inception’ and thoroughly enjoyed it, you might like to know that there’s now an ‘Inception’ video game on its way. It was hinted at earlier this year, but director Christopher Nolan has now confirmed the news.

According to Fred Dutton over at eurogamer.net, Nolan — who is currently working on the latest ‘Batman’ movie — spoke to Entertainment Weekly recently, and confirmed the news that an Inception-based video game is most definitely in development at the moment. 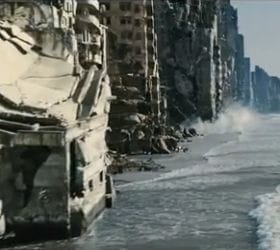 Nolan said that he always imagined ‘Inception’ to be a world where many other stories could possibly take place. However, the director remained tight-lipped on further details, so we don’t know when the game will be released at this stage or what platforms it will be made available for.

All he did say was that a team of collaborators were hard at work on the upcoming game. Do you like the idea of an Inception-based video game? What platform would you like to see it on — PlayStation 3, Nintendo Wii or maybe Xbox 360?