When thinking of ways of improving the HTC Thunderbolt it seems to open up old wounds, as owners are reminded of all the issues that they have experienced since the handset came to market. There are so many ways in which HTC could improve on this and users are not shy in offering an opinion. The most interesting to us was switching from Android and choosing WP7 or iOS instead.

This certainly got us thinking, as we would like to know just how well Thunderbolt would perform on a different mobile OS? This would certainly change the whole dynamics of the handset, but it is something that is never going to happen. We would love to know just how well the HTC Thunderbolt would perform if it were to use another mobile operating system, and whether Windows Phone 7 or iOS would offer any improvement?

The best update that the handset could get right now though is a new version of its Android OS, and with Ice Cream Sandwich on the horizon users could be in luck. There have been some suggestions that a smaller screen would be a good idea, as this would also help to improve battery life. 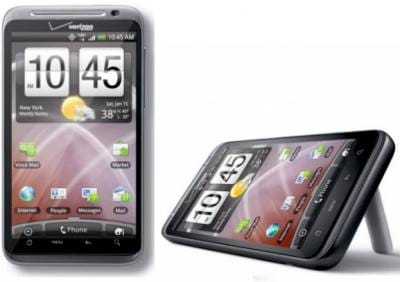 That is very interesting; as some believe these current crop of smartphones are now starting to push the limits of screen size. We were in an age when cell phones were big, then they went small; not they are big once again. OK, so we know they are much slimmer and pack more of a punch, but who wants a PDA size device in their pockets?

How would the HTC Thunderbolt perform on a different OS?