If you are a Chelsea FC fan, then chances are many of you will have an app on your smartphone or tablet to keep up-to-date with the latest news, and more often than not you prefer to have another option after the official app. We do have another option for you, just so you can keep abreast of the latest news regarding Diego Costa, John Terry, Eden Hazard, Didier Drogba and the rest of the team.

CFC Live is an app that recently improved the way it delivers Chelsea FC news reports to its fans by way of an update, and while the developer did not go into too much detail, they did say several bug fixes and improvements were made. We would normally be able to learn what updates were made by reading some of the users reviews, although there doesn’t seem to be any on iTunes. 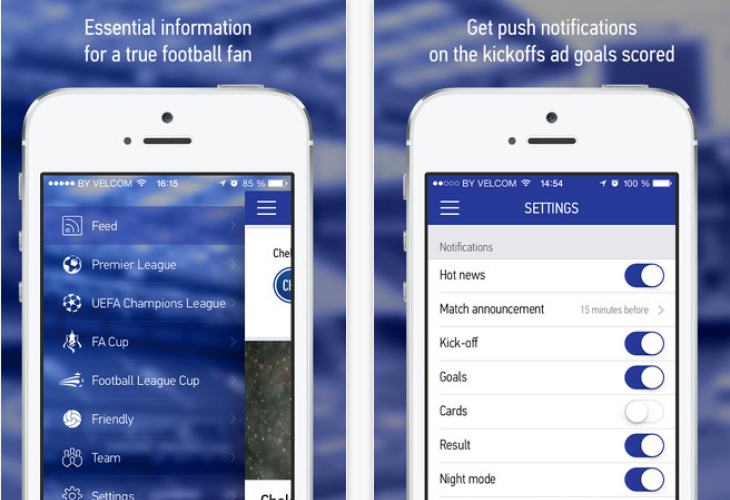 We can tell you that the free and paid version of this app have been updated, which both offer access to features such as news reports, live scores, match reports, starting lineups for all tournaments, such as the UEFA Champions League and the Premiership.

The free version comes with those annoying ads and if you wish to remove them you will have to pay £1.49 for the privilege. The app is optimized for the iPhone 5, although can be used on any iPhone, iPad, and iPod touch running iOS 6 or higher.