If you thought that Apple were content with their current improved battery for the MacBook Pro and Air, then you will be mistaken. Rumors persist for these two new devices, and reports of a new patent shows that an improvement to the battery could not only improve its performance but also recharge cycles as well.

AppleInsider as ever is on top of this latest news and has learned that the new battery technology would use a new charging technique called CC-CV (multi-step constant-current constant-voltage). The simple way to explain this is that the battery itself will see an “increase with its volumetric and gravimetric energy density,” and although you would have greater capacity the size of the battery would not be increased.

This is an issue that many portable devices have been trying to find a solution to for years, and will not come as a shock that Apple might be the ones to have solved it. There are two patents in all but only applies to one device, one of which was filed back in August 2009. 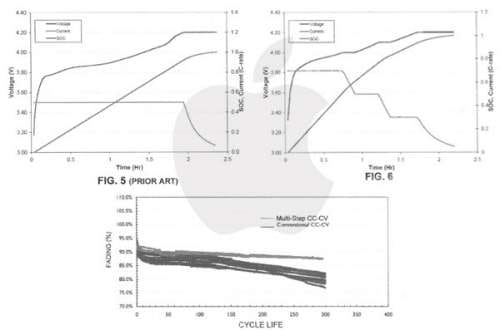 We have discussed many new features that could possibly make it onto the 2011 version of the MacBook Pro, but it was PCWorld that suggested that they could offer longer battery life. However, we do not think that they knew anything about these patents. They probably assumed this because of improvements to power management and the CPU.

You really have to ask yourself if more than a 10-hour battery life is needed? Maybe it is, as more of our lives are spent on the go and we need to know that out MacBook Air or MacBook Pro will not let us down when we need them most.