With Apple already enjoying a move into the smaller tablet market, and their admission that the iPhone 6 is highly likely to come with a bigger display, it certainly makes you wonder what they have planned for the tablet market. Samsung has already shown their hand with some larger Android tablets, and so we have to wonder what Apple has planned?

Most of the rumors suggest that an imminent iPad Pro launch is very likely, although when we say imminent, we mean some time this year. However, not all iOS users believe in a 12.9-inch iPad and so could scupper its chances to be released this year.

This was research conducted by IHS, as reported by CNET and makes for an interesting read because it does show that the jury is out on the iPad Pro. However, this is only based on the findings from one research firm. 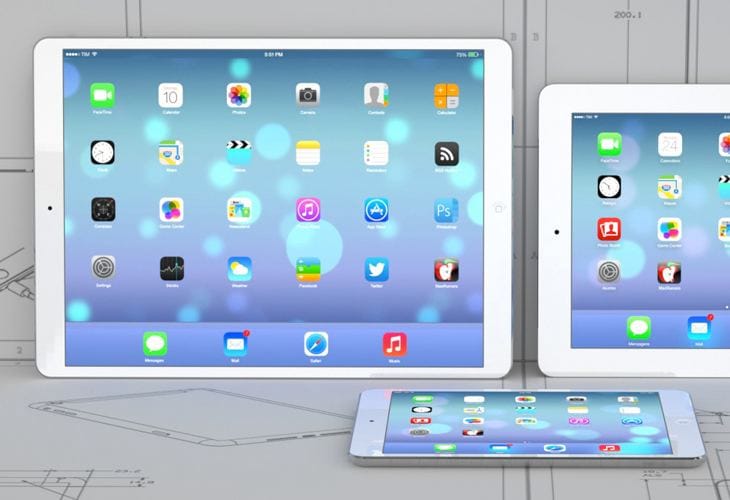 We believe that the best way is for Apple to play the waiting game, just as they have always done, and use Samsung as the best research tool to see how the market reacts once the larger Galaxy Note and Tab Pro tablets are released.

From what we currently know there isn’t a market for such a large tablet, but then Samsung could change that perception, although it’s not known if it will be consumers who will embrace the likes of a 12-inch plus tablet, or whether certain professions will. Anyway, we don’t have long to find out do we?

Do you believe that the current iPad size is perfect for consumers, and do you feel there is still a need for anything larger?

As for an iPad Pro release this year, we only have to keep a close eye on certain items being ordered, so if you see a huge shipment of Retina displays or other such hardware that the 12.9-inch iPad is likely to use,then it gives you an idea if one will be coming this year or not.