Apple has the habit of generally getting round to refreshing their products, and we recently saw the MacBook Pro line get an update for 2011. There has been talk that the iMac could also be getting an update with new panel sizes and price points.

An article written by Debbie Turner over at Online Social Media is speculating on what any iMac update may bring, and when it might happen. The iMac was last updated back in July 2010, and many readers of the site are saying they are holding off from getting an iMac just in case it gets updated anytime soon.

The MacBook Pro saw an update gap of around ten months, so bearing this in mind we could see an iMac refresh around May. This will fall just before the iPhone gets its yearly update around June, so there should be enough time between the two products. Sandy Bridge processors and the new ThunderBolt Technology would also be expected to be on any new iMac update. 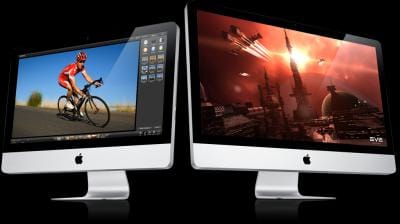 Any new iMac’s could coincide with the release of the new Mac OS X Lion operating system which is due for release this summer. What would you like to see in the next range of iMacs? And are there any features you would like to see with the upcoming Mac OS X Lion OS?