Apple is gearing up for the launch of iCloud, not only have they allowed developers to have access to iCloud.com, but we also have the price breakdown for those in the UK, US and EU who needs to purchase extra storage. We can see that nothing changes, as looking at the different prices those in North America will get a much better deal than those in the United Kingdom or the rest of Europe.

Let’s take a look at the price breakdown for the UK first. As standard you will receive 5GB per month for free, 10GB extra will cost you £14 per year, 20GB £28 and 50GB £70. Those in other EU countries will have to pay â‚¬16, â‚¬32 and â‚¬80 for the same data limits. After doing a conversation of these prices they are almost the same — give or take.

However, when you look at the prices for the US, you then get to see how they get the better deal. $20 a year will get you an extra 10GB, $40 20GB and finally $100 will buy you 50GB of extra storage. 9 to 5 Mac states that in order to get this extra storage you will have to access iCloud.com via your iOS 5 device. We can also report that your photos that stay in the Cloud for 30 days will not count towards that data limit. 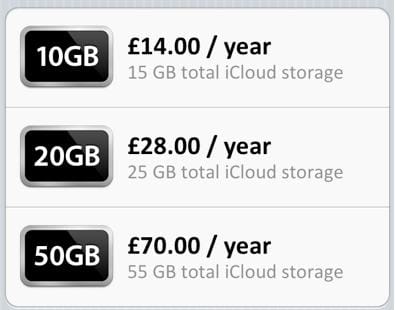 If we break those conversions down it looks as though the UK and Europe has to pay almost 15 percent more than those in the US. This is something that has now become to be expected, but you can understand why consumers in those countries feel a little angry at times. 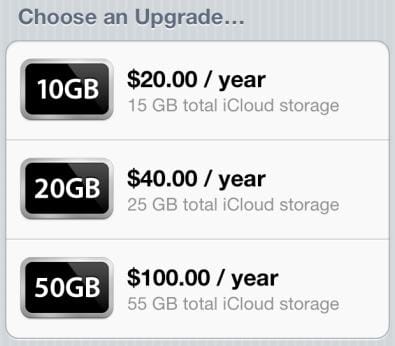 Anyway, we should stop being negative, as this is something that has been going on for years and will not change. Let’s just embrace the fact that iCloud is coming and we will all be able to enjoy the benefits that come with it, well all those in the US that is, as the UK will lack one or two features until early next year. 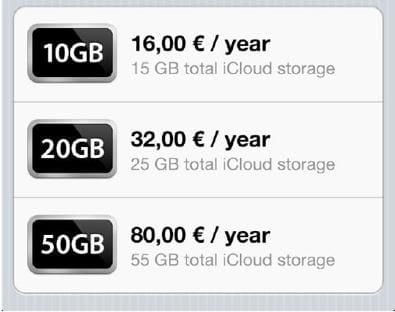 The website that we spoke about above for developers is still in the beta stage, but there is a host of new features for them to start playing with. Once iCloud and iOS 5 goes live there will be a host of apps on the App Store that will take advantage of these new features; so for now just head over to 9 to 5 Mac for some images of these new features.