Recently we have spoken about how AirPlay Mirroring improves iOS 5’s gaming capabilities, well today we have some exciting news regarding Android 4.0 Ice Cream Sandwich’s features which should enhance the user’s gaming experience.

Firstly Ice Cream Sandwich has been optimized to support faster multi-core processors, also there is HDMI-out meaning that you can beam whatever is on your smartphone’s display to a HDTV, now we are hearing that USB game controllers are supported.

According to a recent tweet from an Android engineer, you will be able to connect a USB game controller to your Android 4.0 smartphone if you use a USB to microUSB adapter, obviously developers will have to work with the Android SDK to give their apps / games USB controller support – but at least the support is there (you can see this part of SDK below). 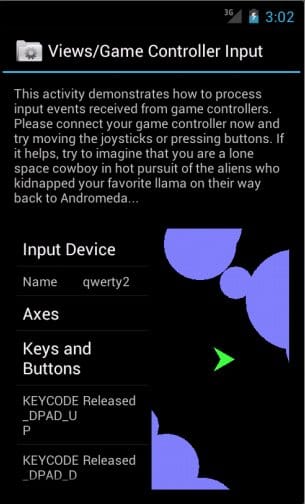 We would much prefer to see specific controllers made which use the microUSB connector, as an adapter will just look messy, but we do love the idea of an Android smartphone / tablet soon being considered as a portable games console – we are sure that developers will be keen to give their games USB controller support, we just wonder how long battery life will last when outputting high-resolution visuals (as the charger won’t be plugged in whilst the controller is).

Even if this doesn’t take off straight away we think that this is a step in the right direction for Android, we just think a wireless controller and wireless link to a HDTV is the real way forward, do you agree?