Back in January we reported that the 2011 Hyundai Sonata was voted the safest car, along with a host of others. However, Kiplinger’s Personal Finance voted the Hyundai Sonata as one of the best family cars. Two awards must mean that the car has something special, and with 35 miles per gallon on the highway, we have to wonder what makes it that good?

There are many other cars on the road that offer greater fuel-efficiency. However, PRLog does say that the interior and the range of engines are more than what rivals offer. The best of the lineup seems to be the Sonata SE 2.0T, with its turbocharded engine, and the great part is that it cost less than $35,000.

You have to be amazed at just how much Hyundai packs into their 2011 Sonata — considering its low price tag. You know that you can feel safe with its traction control, six airbags, as well as it performing well in both side and rear crash test. If you were ever to roll the car, then you can feel safe in the knowledge that the roof scored highly on this part of the tests as well. 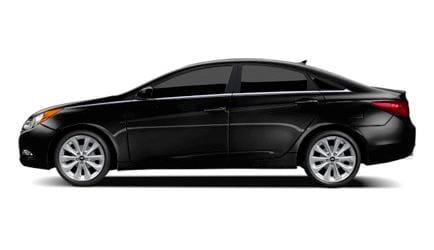 If you are looking for a family car and are on a tight budget, then you cannot go wrong with the 2011 Hyundai Sonata. If you did not know the make of vehicle, then you would be forgiven for thinking that you were in something with a higher price tag — maybe even something German.