Whenever we hear of an Apple patent we are always skeptical because the company has a tendency to file as many patents as possible, while only acting on a very small percentage of them. Take this latest one that was spotted, which filed back in August 2009 and looks at a Hypothetical MacBook, iPad crossover.

This is a bit weird because the very first iPad was not released until April 2010, yet a patent filing shows what a MacBook could have been like while incorporating the touch features of the iPad, a device that wasn’t even on the market at the time.

Having said that, from the mockup that Apple Insider has created on what this MacBook would look like and how they have elaborated on its features, there is a slim possibility that some of the features could make it to an upcoming MacBook Air or Pro. 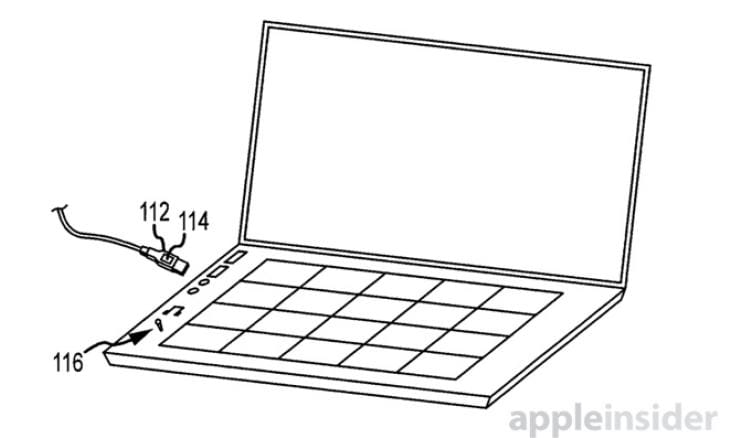 A majority of you out there will hate the idea of losing the physical keyboard on the MacBook Pro, but with the popularity of the iPad and other tablets, this looks set to be the direction that laptops will go in.

However, this Hypothetical MacBook takes touch features a step further by allowing a user to put their fingers on the USB port and then the specific USB options could automatically be displayed on the screen. Then there is the possibility of touching the front-facing camera, which in turn would activate FaceTime.

We could be looking at this all wrong because this could actually be an early sign of what the iPad Pro could be like? Okay, so we know that the patent shows a notebook device, but this patent could be refined to lose the clamshell. As for USB, just think about the prospect of an iPad Pro that supports USB and other such connections associated with the MacBook Air or Pro?