The wait for Mortal Kombat fan favorite character Rain goes on, as the purple ninja is still unplayable by normal means in the main Mortal Kombat X roster.

We told you not too long ago that one player managed to get Rain playable in Mortal Kombat X training – but only by modifying the game files on PC.

Other than that, Rain remains playable in the story mode only and so far there has been no confirmation that he’ll be coming out as DLC. 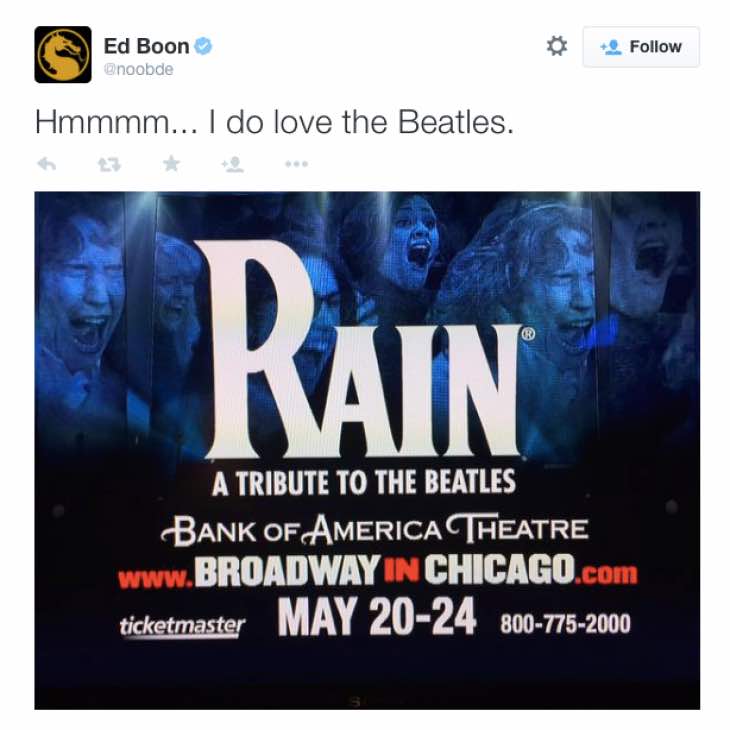 That doesn’t mean Ed Boon can’t have any fun though. The co-creator of Mortal Kombat recently left this little beauty on his Twitter page, which inadvertently may serve as a future teaser for Rain.

It’s not the first time that Boon has had some fun via his Twitter account and it won’t be the last either. Meanwhile, we can see that a petition to put Rain into Mortal Kombat X is growing by the day – almost reaching 1,000 signatures now.

Considering he’s already in the game, we think it’s almost a certainty that he’ll be added to the game sooner rather than later.

It’s just a question of when and most importantly – if Rain will be free or paid-for DLC. Are you waiting for Rain to arrive? If so, give us your thoughts on the wait below.