When Hydrophobia was released onto Xbox Live Arcade back in September, it never quite got the reception that the developers had hoped for. In fact, Edge gave it a rather poor rating of 30 out of 10 and thegamersparadise.com website listed it as one of the worst games of 2010.

However, it appears that the developer — Dark Energy Digital — has been listening to gamers and critics’ feedback, and has now released a completely overhauled version of the game, according to Tom Ivan at computerandvideogames.com. Not only has the game received a title update to Hydrophobia Pure, but it’s also undergone a major change. 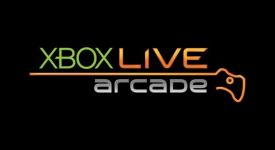 The full list of updated features — which you can view over at the hydrophobia-game.com website — includes much better controls, cover, combat and camera systems, improved graphics, much clearer objectives and damage feedback and new button mapping, as well as enhanced climbing.

What’s even better is that it also appears to have dropped in price. The original game sold for 1200 Microsoft Points, but the overhauled game is now available to download for 800 MS. Will you be giving Hydrophobia a second chance now that’s it’s received a few improvements?