It seems that not even the mighty Google can stop an act of God, which is exactly what has taken place thanks to Hurricane Sandy and its projected path. Google’s October 29 event had been scheduled to start at 10am in New York, which understandably had to be canceled due to the expected path of Hurricane Sandy to include NYC.

This couldn’t come at a worse time for Google considering the amount of mobile related news this month, which has seen Apple revealing their new iPad mini and 4th generation tablet, as well as Samsung pushing the Galaxy Note 2 in the United States a few days ago. Google sent messages to all press that received an invite to the Oct 29 event, and told them to “stay safe” while they figure out when to reschedule. 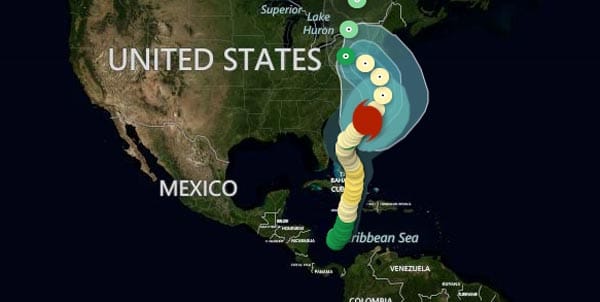 It is fair to say most of us knew what Google would reveal on Monday, which had been thanks to a number of leaks over the last couple of weeks. These leaks pointed to the release of LG Nexus 4, a full reveal for Android 4.2 Jelly Bean, and also the Nexus 10.

When we get further details on the new date for Google’s next event we’ll update you. If you are one of PR’s readers from New York, make sure you take care over the next couple of days.