A couple of weeks ago Bethesda Softworks announced release date details for three of its upcoming games, Brink, Hunted: The Demon’s Forge and RAGE. We now have more details regarding the Hunted game, with news just coming in of a new trailer.

According to a recent article by Debabrata Nath over at gamingbolt.com, Bethesda Softworks has decided to whet fans appetites a little, by releasing a new trailer that highlights the gameplay. You can watch the trailer in question below this post.

As previously mentioned, the upcoming third-person fantasy adventure game — which is developed by inXile Entertainment — will be available for the PlayStation 3, Xbox 360 and PC from June 1st in North American stores and June 3rd in European stores. 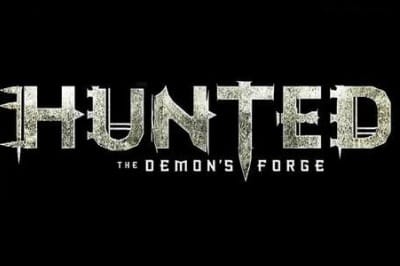 The Hunted: The Demon’s Forge game focuses on two soldiers, Caddoc and E’lara, who set out in search of a mystical artifact that appeared in Caddoc’s vision. As Ryan Fleming at digitaltrends.com notes, the trailer not only shows off the gameplay, but it also gives us a glimpse of the different styles of combat for each character.

Are you looking forward to the release of the Hunted: The Demon’s Forge game?