During WWDC 2013 last June, Apple unveiled a new service called iOS in the Car, which was finally launched last week, under the name CarPlay instead. A host of car manufacturers have already given their support, such as Ferrari. Volvo and Mercedes, which we’ll get to in a moment.

The hunt for Apple CarPlay cars is a little disappointing at the moment because there are currently only a handful of models offering support, but we do know that they are coming. We know for certain that the Ferrari FF will come with CarPlay, which is demonstrated in the first video below.

The second vehicle to support CarPlay is the all-new Mercedes C-class, which is seen in the second video. Finally, we have the Volvo new XC90 seen in the third video, although Apple’s CarPlay will be coming to a new Volvo Estate, which was seen at the Geneva Motor Show. 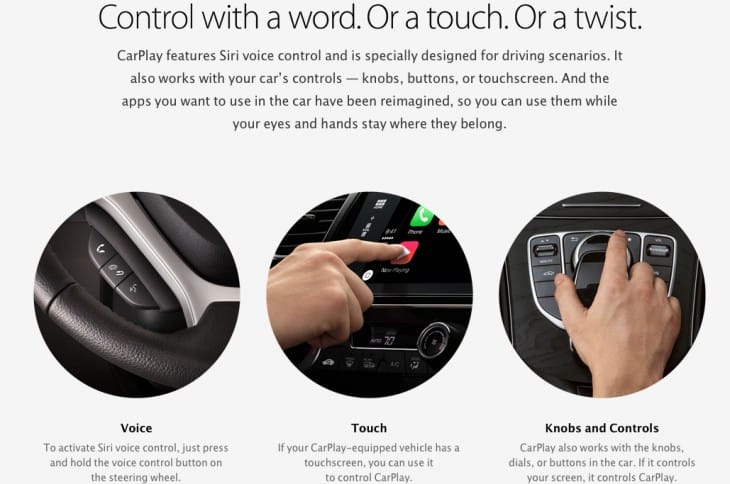 We do hope to see more models showcase CarPlay soon, but as yet it’s a waiting game. Who knows, maybe the upcoming Jaguar XE will come with full CarPlay support?

While we would like to give you a rundown of the models, we can tell you the CarPlay lineup for 2014 will include models from Ferrari, Honda, Hyundai, Mercedes and Volvo.

However, future models from the likes of BMW, Chevrolet, Ford, Jaguar and so many more, all of which can be seen here will offer support, although we have no timescale.

The videos do not give you much to go by, and so we have included a forth video, which is a complete demo of CarPlay in action. However, the integration on the car model in the video looks just like a tablet has been placed on the dashboard. To give you a better idea of a more complete integration within a supported vehicle, we have included a fifth video for your viewing pleasure.

Do you fully support CarPlay, and if so what model would you like to see the technology integrated into?