It’s very surprising that we have yet to see any sort of hint of the Huawei P9 Max release date, especially as we have already seen the device appear on GFXBench. At that time it was said that we can expect the larger smartphone appear on the scene in the coming weeks – well it has now been almost a month, and we have yet to hear any official news.

What’s strange is that the P8 Max was released in April of last year, and so the larger P9 variant is already late to market, which is why we suspect Huawei will make some sort of announcement very soon.

Before we have a look at the features, we thought we would discuss the Huawei P9 Max price, and from what we have been hearing, the expectation are around $600 for the 32GB version or $700 for the 64GB model, although this is only going on last years prices because we very much doubt pricing will change too drastically, if at all. 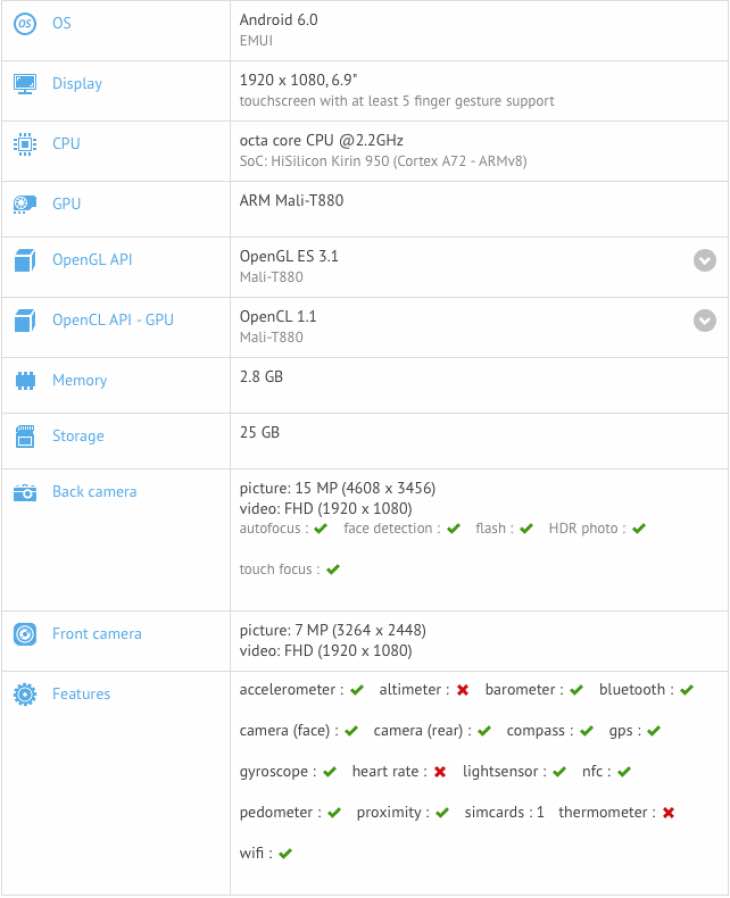 As for the Huawei P9 Max specs – it’s looking as though the larger handset will sport a 6.9-inch display, which is getting close to tablet size. resolution wise it’s looking as though we will get 1,920 x 1,080 pixels, and as for the power behind the device there is the HiSilicon Kirin 950 chipset, and so not the Kirin 955 that features in the P9 and P9 Plus models.

Memory wise there is 3GB of RAM, and we suspect there will be both 32GB and 64GB options for storage. As for those there features, there looks to be a 3,000 mAh battery, ARM Mali-T880 GPU, a 16-megapixel rear camera, and 8MP up front.

Like we said before, there has yet to be any official conformation, and we are not even certain if the P9 Max will be just a China release, or whether we will see it released worldwide – but we should hear some sort of news in the coming days.