The Huawei P8 reviews have started to come in and while most of them seem to agree that the phone is elegant, offers good value for money and has a solid camera, there are a few issues. It’s rather similar to the iPhone 6 in terms of its design, the screen is not up to scratch, it lacks a fingerprint scanner, and worst of all; the software will take a lot of getting used to.

However, before you go condemning this handset as a cheap Android iPhone 6 knockoff, it is far from it. This is not one of those ugly, cheap, badly made knockoffs, as it has a solid build quality and is very sleek in its design.

Another positive for this handset is its 5.2-inch screen that seems to have a smaller form-factor than rival handsets with the same screen size. It is said to feel smaller in the hand than those rivals, and so the buttons don’t feel as though they are too far out of reach. 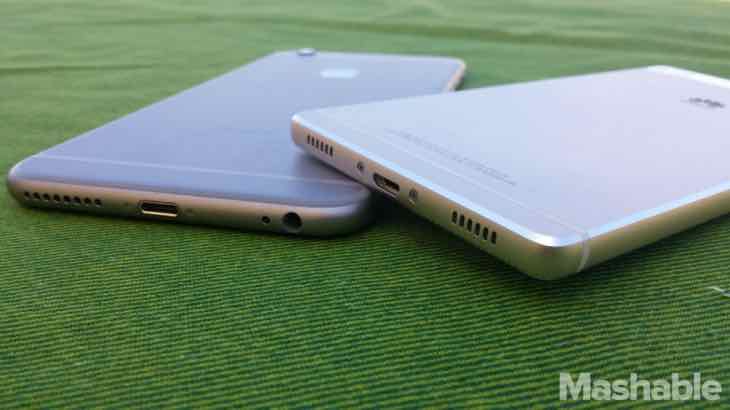 We know that there are already a number of Android phones that look similar to the iPhone, although it is often hard to come up with a phone that looks completely different. However, the Huawei P8 is the best of the bunch and has pulled the job off well.

If you are an Android lover, but have been looking for a phone that has the appearance of the iPhone 6, then you could do a lot worse than the P8. However, there is the small matter of this smartphone not being available in the US, although other countries such as the UK, France, Germany, Mexico and the UAE are already selling it.

The image above is thanks to Mashable.