While the Huawei P20 Pro may have only just hit the market in the West, fans of Huawei will be pleased to hear that the company are already moving forward on plans to launch their next flagship smartphone in 2018.

This will be the Huawei Honor 10 and now it looks like we have the first photos of the device to show you as well as the official specs.

The device has just been announced over in China and the Honor 10 specs will include a 5.8-inch Full HD+ display with a 2240 x 1080 resolution, Octa-core Kirin 970 processor, 6GB of RAM, Android 8.1 Oreo, in-display fingerprint scanner and a choice of either 64GB or 128GB of internal storage with Dual SIM support. 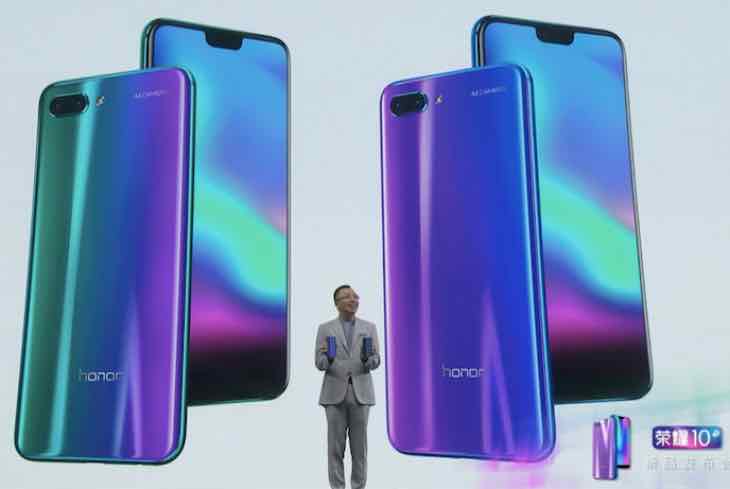 One of the key highlights of the Honor 10 however will be its camera prowess, with Huawei packing in a 24 megapixel plus 16MP dual camera setup on the rear, along with a whopping 24 megapixel front camera for selfies and video chat.

Let us know your initial thoughts on the new Honor 10 and if you are already looking to get one. It will launch in China on April 27.