A new HTC Windows Phone 7 handset has been leaked, and the yet to be named smartphone comes with an impressive 16 megapixel camera. This is double what the manufacturer currently offers in its handsets.

Evan Blass over Pocketnow.com is reporting about the handset, and not only have an image but a video of the device as well. You can see both of them below and the upcoming handset looks very similar to the recently released HTC Desire S, but with different buttons and of course running the Windows Phone 7 operating system.

The video trailer which doesn’t give us many details about the new HTC handset mentions the dual LED flash along with the 16 megapixel camera. With picture quality megapixels are not always a guarantee of the best images but can help in low light situations. 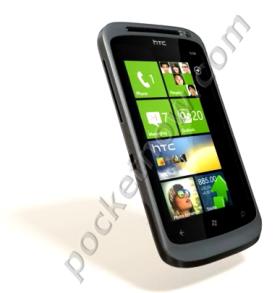 Currently the handset with the highest amount of megapixels is the Altek Leo which has 14 megapixels. We will have to wait for any more specifications for the handset to be revealed, but for consumers who want to buy a Windows Phone 7 device it will surely be tempting.

What do you think about a handset having a 16 megapixel device?