We have had rumors of Facebook phones doing the rounds for a while now, but it seems there was some truth in them, as HTC and Facebook have been working on two handsets for a few years.

The Seattle Times is reporting that HTC will be announcing the handsets at the Mobile World Congress in Barcelona today. The Taiwanese manufacturer has been working with Facebook to integrate the social networking site into the handsets. A dedicated Facebook key will pulsate when a user does something shareable on the phone.

If you have taken a picture you can just press F to upload them straight to your Facebook profile, or you can share your location with Google Maps. The first model will be called the ChaCha and have an exposed keyboard and a 2.6-inch screen. A second model called the Salsa is a touch-screen model with a 3.4-inch screen.

Pocketnow.com has managed to get some images of the two devices, but they were originally calling the two devices by something different. They also confirm they will be officially unveiled today at MCW 2011, with both handsets set for release in the second quarter of this year. 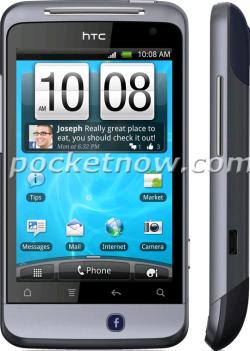 Meanwhile if you do not want a dedicated Facebook handset, ZDnet are reporting that a Dutch digital company has announced Facebook for SIM. They have managed to shrink Facebook down to fit on a standard SIM card, so anyone with GSM handset can get the service.

The company is also saying it is compatible with 100% of SIM compliant handsets. Users will not need a data connection as the SIM uses the phones SMS connectivity. No release details were revealed, but markets where data plans are not available or too expensive are thought to be where the device will be aimed at.