Even though the upcoming HTC Thunderbolt appears to have been a popular topic of conversation over the past week or so, we’re still none the wiser as to the handset’s official release date. In fact, there appears to be a bit of confusion as to whether or not it’s been delayed.

No one really knew how much the HTC Thunderbolt was going to cost up until a week or so ago, when Best Buy unveiled the handset’s price. As Chris Maugham previously noted here, Best Buy announced they would be selling the device for $249 with a 2-year Verizon Wireless contract.

However, Peter Chubb then noted that although the actual price of the HTC Thunderbolt handset was revealed, the 4G rate wasn’t. This lack of information led to some concern over the matter, and some even suggested they would possibly wait for the HTC incredible to launch. 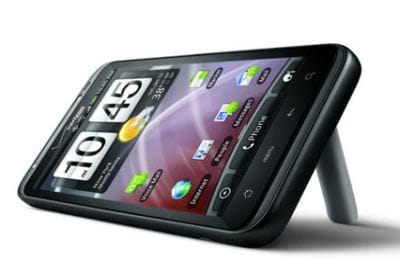 Russell Holly over on the geek.com website appears to think that the closer we get to the HTC Thunderbolt’s release, the further away we are from getting the device that we were originally promised. One of the reasons for this is the recent news that the Skype video feature has now been removed.

The handset may not have been released yet, but that doesn’t appear to have stopped a few more HTC Thunderbolt cases arriving at Verizon stores. As Kevin Krause at phandroid.com reports, this includes a high gloss silicone cover, a combination of a hard case / gel cover and a snap-on hard cover.

Those of you that are still interested in purchasing the HTC Thunderbolt may be interested in a recent article over at forum.xda-developers.com, which shows the handset being rooted using known exploits.