We have yet more drama regarding the HTC Thunderbolt handset on Verizon to tell you about now, as it looks like the final release date is still not set in stone, despite previous reports suggesting it would release at the end of this month.

We have two bits of information to give you now, both in relation to the actual release date of the 4G LTE device. This report here by Phandroid reveals that the device may have been delayed by four days, which would mean that device becomes available on the 28th February, not the 24th as previously thought.

With that bombshell out of the way, a second tipoff by Phandroid reveals that Verizon have a shipment on Thunderbolt handsets planned for the 23rd of February, and that they’ll start selling them in stores the day after – meaning that the 24th date remains in tact. 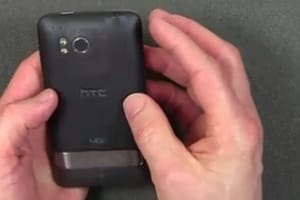 Which information is correct and which is a bunch of lies? Only Verizon has the answer I guess. You may want to head to their Twitter account to keep up to date on the situation, just in case they decide to set the record straight. We’ll be updating you here as soon as we hear more.