We have some disappointing news to bring to those of you who were hoping to pick up Verizon’s first 4G LTE smartphone, as we’re hearing that the carrier is delaying the release of the HTC Thunderbolt, if reports are to be believed.

According to BGR, an internal Verizon document obtained by Droid-Life reveals that the handset has been delayed until further notice. The handset was due to be released on February 14th, but the document now reads ‘no ETA at this time’ – which is particularly worrying.

At the moment, we have no idea why Verizon has delayed the release of this highly anticipated handset, and don’t forget Verizon hasn’t informed the public about this yet since this is a leaked document we’re looking at. 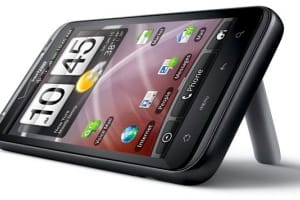 Has HTC discovered a manufacturing fault with the handset, or are Verizon simply not prepared fully for launch? Hopefully it’s the latter and things will be back on course soon – we’ll keep you informed about this.

Do you have a Thunderbolt on pre-order? What do you make of the delay?