We have been keeping you updated with the HTC Thunderbolt so far, bringing you news of a release date delay followed up by a confirmed release date. Now we can tell you of a price confirmation.

Up until now a price had not been confirmed well that is about to change thanks to an article at Slashgear. According to their sources at Android Community, Best Buy will be selling the Thunderbolt for $249, this signs you up to a two year contract with Verizon.

If you decide Verizon is not the provider for you, an option to buy the phone unlocked is available costing users a whopping $749. The reason suggested for this is to try and keep buyers loyal to Verizon but this also allowing them 4G speeds at 3G rates thanks to the LTE network. 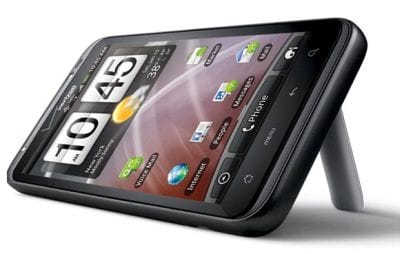 This information came from an image posted on the site Droid-Life which shows the HTC Thunderbolt with its price tag at a Best Buy store. The images can be viewed at their site by clicking above.

Do you think these prices are fair? Will you be getting the HTC Thunderbolt?