As we briefly told you over the weekend, there has been a notable number of reports recently, which suggests that the reason the highly anticipated HTC Thunderbolt is yet to release, is due to a worrying problem involving poor battery life.

We told you how HTC were working on a quick firmware update to solve this problem, but as a consumer who was planning to pick up the device, how do you feel about this?

It is particularly worrying that the launch of such a prominent device has had to be delayed due to battery life concerns. HTC and Verizon are obviously keen to play down this problem as a ‘serious’ issue, but it is pretty serious when you think about it. 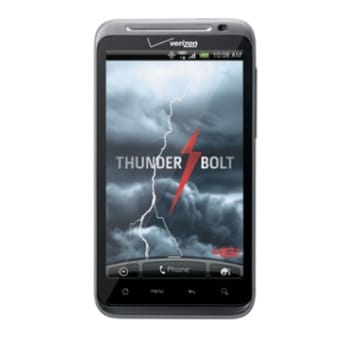 What we want to know is, just how many of you take this matter seriously and how many of you are still prepared to take a possible ‘risk’ on the HTC Thunderbolt? Are you confident that HTC will fix up this problem 100% before launch, or has the battery life concerns installed a hint of doubt in your mind?

If you were dead set on picking up the HTC Thunderbolt, let us know your thoughts on this.