There is no getting away from the fact that the HTC Thunderbolt is a fast phone, but up until now we had no idea. However, that has now changed thanks to a recent benchmark test. We will not give anything away just yet, but we can tell you that the scores were impressive.

Android Police has been explaining how Wirefly has made an unboxing video of the handset destined for Verizon, which has already gone on pre-sale. There were four tests undertaken, these were Quadrant, Productivity, SmartBench and Gaming. We can tell you that the scores were 1831, 1113, 2010 and 1525 respectively.

This surprised us, as the HTC Thunderbolt only comes with a single-core processor. Although 4G LTE technology will help it achieve those kind of figures far more easier than say the upcoming Kyocera Echo, which is said to have issue with its CPU; we will come to that in a later post. 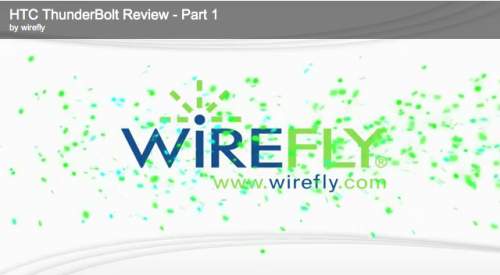 We are still shocked that HTC did not opt for a dual-core processor; especially when most other high-end smartphones will be getting one. This could go either way for Verizon, no it does not have the benchmark CPU, but it will be their first to use their Long Term Evolution technology.
Watch the unboxing video below and tell us what you thought of those benchmark scores.

Will you be getting the HTC Thunderbolt, or has the phone maker and Verizon rushed the LTE technology a little?