Despite a lot of talk and speculation we still do not know when Verizon will get round to announcing a date for the HTC Thunderbolt. But it does seem the handset was due for release a while back, and unfortunately for a lot of Verizon customers the handset has been delayed.

An article over at Android Community by Chris Burns is reporting that a pal of theirs decided to pay their local Best Buy a visit at the weekend. In the mobile department of the store were racks which had buyer’s guides with the Thunderbolt on saying available now. We reported a while back that some Verizon customers were getting flyers with the device also advertized as being available.

This must mean the store was due to get the device by now, as no store would advertize merchandise they didn’t have. Also found in the store was a couple of different cases for the Thunderbolt, and the person in question was told they would be getting some more cases and at least one skin for the screen soon. 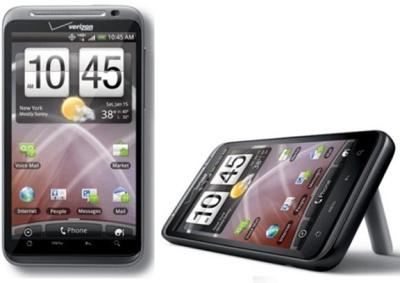 The assistant in the store was asked about the Thunderbolt and was told “it was supposed to arrive a month ago”, and that they had not been told when it would finally arrive. The worker who was asked about the handset was specializing in the mobile area, and seemed aggravated by the lack of the HTC handset.

So this information begs the question who is to blame for the delay with the Thunderbolt? Have HTC had issues with manufacturing or is it Verizon holding things up?

Tell us what you think about the Verizon HTC Thunderbolt debacle.