Rumors are starting about a possible HTC tablet computer coming in 2011, so the BlackBerry PlayBook, Samsung Galaxy Tab and the Apple iPad better start looking over their shoulders as they may have a new competitor in town.

HTC are generally known for their mobile phones but as we have seen with the other developers it seems to be an easy transition from phone to tablet PC. Apple have of course done this the best so far, they have an incredible following all over the world because of their innovative devices. Remember they are rumored to be releasing the iPad 2 early in 2011 as well. It will be a big ask for HTC to compete so they will need to be clever about what contents to include. 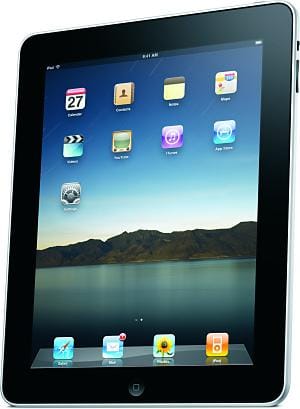 The BlackBerry PlayBook seems to have more Internet time than the others had before their release and it looks like a decent device. We have already shown you one of the many videos on the web that showcases some of the features of RIM’s new creation which you can view here.

Samsung seem to have struck it lucky with the Galaxy Tab, a brilliant device that is unique partially because of it’s slightly smaller 7″ screen. Tablets these days seem to follow the benchmark set by Apple of around the 10” marker. Samsung seem to have surprised themselves with the popularity of the device surpassing their predicted sales by a long shot. 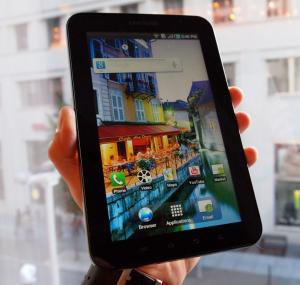 According to Pocket-lint’s Stuart Miles the rumors about their new opposition were started when Peter Chou, the founder and CEO of HTC had an interview with mobilebusinessbriefing.com. He also said “Users will want Windows or Android or they may want a big screen or a small screen, they may want a keyboard or tablet, HTC will let the customer decide”. Soon after that the CEO confirmed that there will be a phone that will be LTE compatible in 2011.

If anything materializes from these rumors we will let you know. What do you think, is he letting on that HTC will be releasing a new Tablet PC, and if they did what specs would you expect to see?