You may remember last month we posted an article which listed the top 10 most highly anticipated tablet releases which should arrive in 2011, the iPad 2, Motorola Xoom and LG G-Slate were regarded as the most exciting, however many are expecting HTC to make an impact on the tablet market this year.

Last year HTC released multiple impressive touchscreen smartphones that run Google Android, the HTC Incredible, HTC Desire and HTC Desire HD set some high standards for other smartphones to follow. Seeing how these devices are fundamentally mini tablets, it would be madness if HTC didn’t get involved in the tablet market.

According to a recent Engadget article (which sourced its information from Chinese language Economic Daily) we may see an HTC tablet sooner than we thought, their article states that HTC may begin shipping a tablet in late Q1 2011, this will apparently run Google Android 2.3 Gingerbread and feature a 7-inch display, also if Engadget’s source is reliable we could well see two more HTC tablets released in 2011, both of which will run Android 3.0. 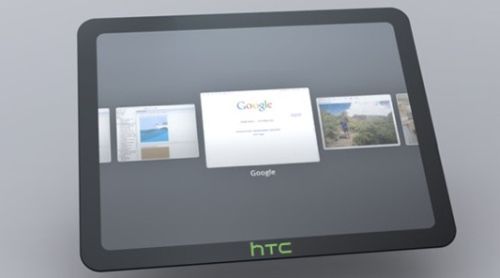 Hopefully we will see a HTC tablet at Mobile Wolrd Congress 2011 next week, perhaps it will be skinned with a high-res version of Sense, we will have to keep you updated as we find out more. According to HTCTablet.net possible names for HTC’s first tablet could be the HTC Flyer or the HTC Scribe, which name do you prefer?